Ghost Runner - A world of pain 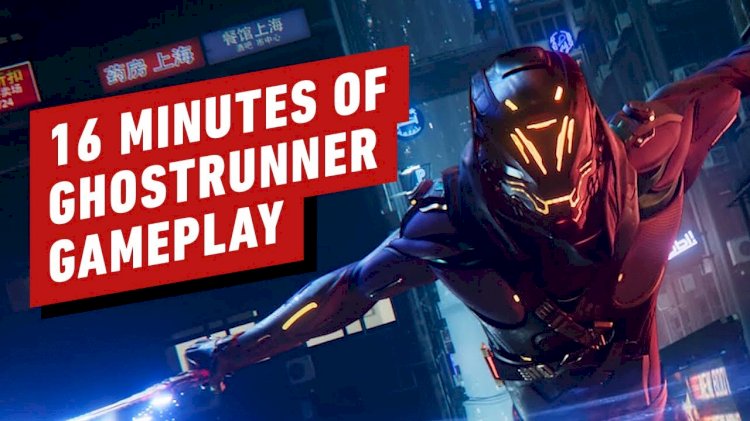 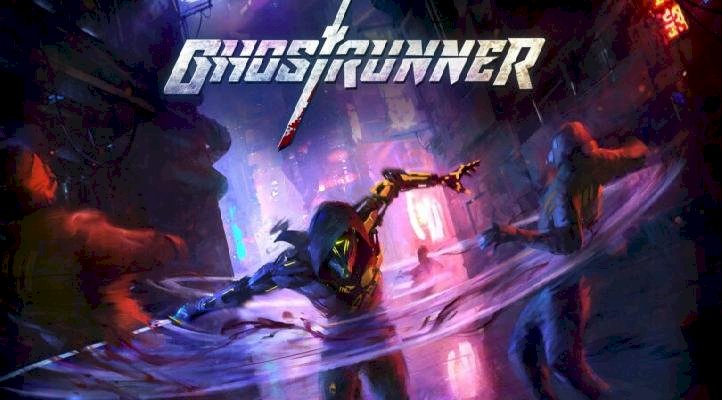 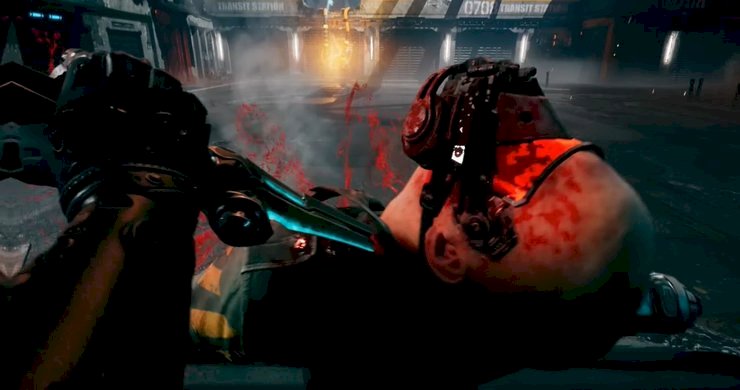 The fundamental concept is easy to understand, and mildly terrifying. Each enemy dies in one hit; and so do you. I'll sometimes die (many) more times in one level here than I do in an entire game elsewhere. It's hard—brutally, unforgivingly so—but fair in a way that some obnoxiously difficult games don't even try to be. I've brought a knife to a gun fight, and I love it. Slicing people in half never gets old.

There's no sprint button. If you're moving, you're running. Indeed, to stay still is ordinarily to invite death; most enemies have guns, they're all excellent shots, and you only have a sword. There’s no time for quiet contemplation while you’re in the air or running along walls—which is most of the time—either. Miss a jump or react too slowly to fling yourself at the next wall, and you'll fall gracelessly to your death. You're constantly on the move, like a stray dog with excellent parkour skills and nothing left to lose. 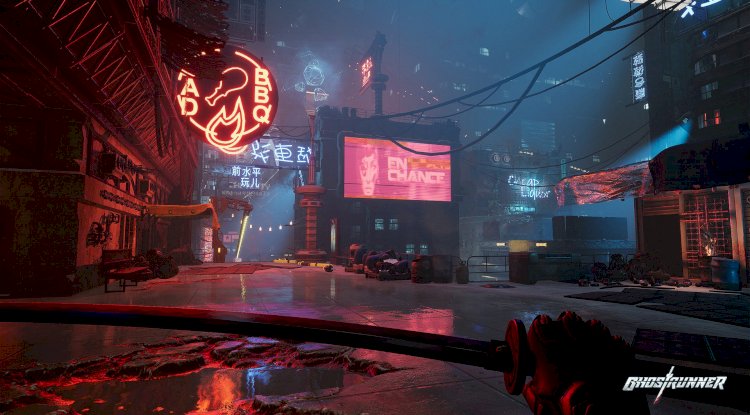 This is a cyberpunk game, which you can tell by the fact that everything's dirty, your character has a robot arm, and there are rooftops with big neon signs. It's a visually interesting place to murder strangers in, but somewhat unambitious in terms of worldbuilding. The story doesn't help. Despite the fact that you'll often have somebody chatting in your ear, there's no strong narrative to hold everything together. Something about betrayal, something about a vicious ruler, something about human experimentation… it's, y'know, fine. A Saturday morning cartoon co-directed by Ridley Scott and Quentin Tarantino.

Honestly though, that doesn’t matter. This is all about being in the moment, and pulling together a flawless sequence of events that allow you to progress to the next area with style. At its best, Ghostrunner is fantastic. Bouncing between walls to jump down to the floor—dodging a bullet at the last second—cutting through two enemies in a row, grappling up to the wall so that you can run along it to leap down once more, sliding under a huge laser blast to destroy the mech that sent it your way, is a unique thrill. There are going to be some awesome YouTube videos and Twitch streams of this game. 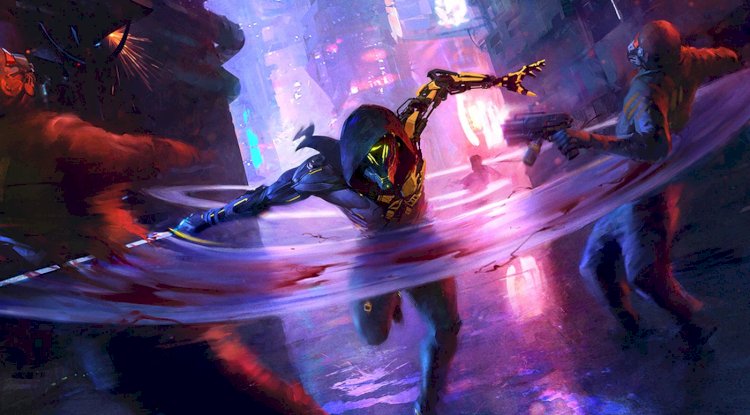 Ghost of a chance

Nonetheless, Ghostrunner occasionally seems determined to stab itself in the foot. There are multiple instances of travel through the 'Cybervoid', a blocky electronic space between areas. Sometimes, this serves as a tutorial area for new abilities, which is fine. More often than not though, it's used to force the player into tedious puzzles which may or may not involve slow-paced platforming. There's absolutely no reason for these sequences to exist, and they completely kill the pace and atmosphere. Fortunately, the Cybervoid makes up a minority of the experience.

Back in the 'real' world, things have been designed very well to avoid some foreseeable pitfalls. The gradual introduction of new enemies and environmental elements prevents monotony setting in without overwhelming you. Crucially, checkpoints have been set to make things reasonable without reducing the challenge. 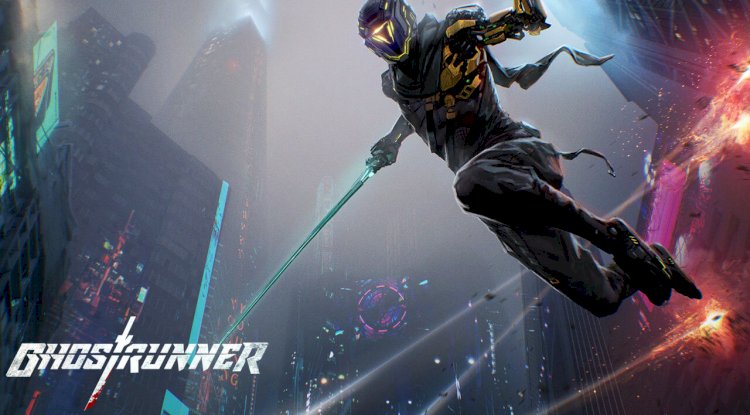 Levels are in effect split into chunks, enemy encounters and tricky platforming sequences divided by checkpoints. Each fight is essentially a blood-spattered parkour puzzle. I worried that this might be a game where you could only progress by following a strictly determined path, but this isn't the case at all. Each arena usually offers at least two routes to start down, and the sequence you kill enemies in is entirely up to you. Personally, I prefer to first destroy any shield generators so that everybody's vulnerable at once, take down walking mechs with their huge laser blasts first, then pick off everybody else according to threat. Soldiers with front-facing shields I leave for last, gleefully humiliating them by circling round to the back at close quarters before turning them inside out.

Bosses aside, there are two enemy types that twist the one-hit kill premise slightly with very different results. Ninjas must usually be parried before they can be killed, meaning that it's best to avoid them until you're out of sight of any guns. Near the end of the game, that most unoriginal and annoying enemy type is introduced: Thing That Explodes When It Gets Too Close. These things spawn infinitely until you've taken out all other enemies in the area, and the feeling that there's freedom of choice takes a major hit as a result. Dying because you accidentally run into one around a corner, or get hit by one that you didn't know was right behind you, is no fun. Thank goodness they only make a relatively brief appearance. 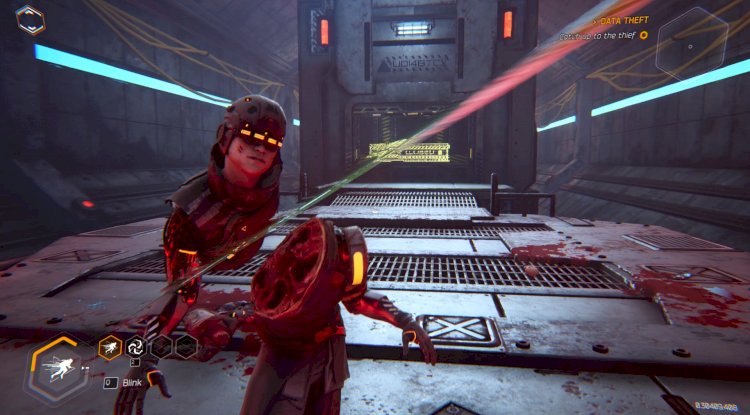 There are a total of four abilities unlocked during the course of the game. Three basically let you kill enemies from a distance, while the fourth temporarily turns an enemy into an ally (very fun). The upgrade system links to these in an interesting way. The more upgrades you have equipped (easier to deflect bullets with your sword, mark collectibles on your radar, etc), the slower the focus bar necessary to use these abilities passively charges (kills give it a boost). Like moment-to-moment play, it's about risk and reward.

Although the wallrun ability is an excellent, smooth way to travel between surfaces, it does seem that the parkour sequences have only been tested by people making perfect runs. When I miss a jump, there seems to be a 50/50 chance of my falling onto a piece of scenery that I wasn’t supposed to; too low to make my way back up to the correct path, too high to kill me. At these moments I sheepishly step off into the void, death sometimes resulting from a fall of about two inches.

It’s flawed, then, but never critically so. Ghostrunner wants to make you feel like a cybernetically enhanced badass, and it achieves this almost all the time with great style. It's tough, fair, and fun. 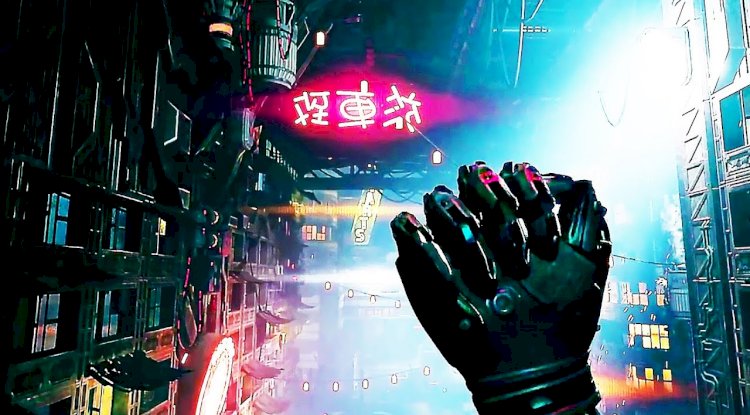